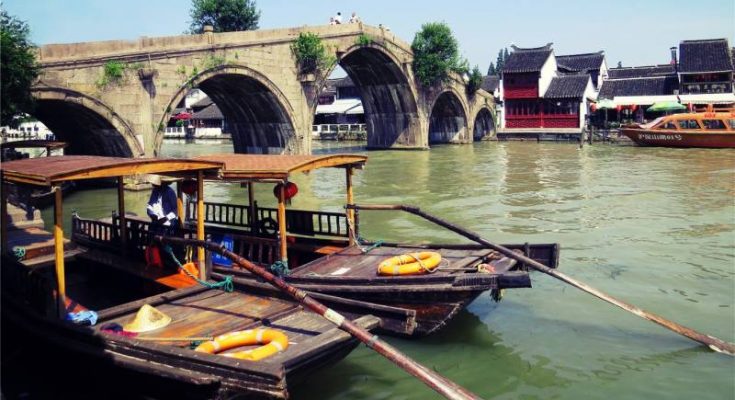 Located in the Qingpu District of Shanghai, the ancient city of Jinze is a popular attraction. This old town has been around for over 1,300 years. It is popularly known as a water town as there are a considerable number of waterways crisscrossing through the town. Due to this there are also a considerable number of bridges here. These bridges are its biggest attraction – different shapes and sizes, and built for different purposes, but all having stood the test of time. Jinze is also known as the ‘No. 1 Bridge Town’ in the southern part of Yangtze region.

The little city itself stretches across 0.6 sq kilometres. And in this small area there are over ten time-honoured bridges, and most of them have served several dynasties but are still standing strong and serving its intended purpose. The oldest bridge here can be traced as far back as the Song Dynasty (960 – 1279).

The other attractions in this enchanting little town of waterways are the famous temples connected with each bridge. According to legend, during the time of the ‘Three Kingdoms’ an army led by the General of the Eastern Wu Kingdom came to this town to protect it. As it had natural waterways, the general got his men to build bridges connecting the waterways and also a temple for each bridge to protect the little village from outside intrusion.

Visitors to Jinze should ideally start the exploration at the Puji Bridge which is the oldest and one of the most beautiful. It has a typical arched shape stone bridge with a single hole. Initially built in 1267 it had been renovated in 1723. The most interesting aspect of the bridge is its purple colour due to it being made of purple ore.

Visitors to Shanghai can easily find various lodging options to suit their travel needs. Hotel rooms in Shanghai can be booked through online lodging option providers and all types of hotels afford modern amenities and facilities. For a Shanghai luxury hotel offering a convenient location, great Chinese cuisine, and warm hospitality try The Langham Xintiandi Shanghai. It provides a truly unforgettable holiday or business trip to this dynamic Chinese city. 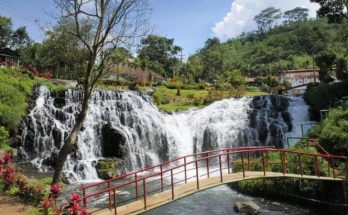 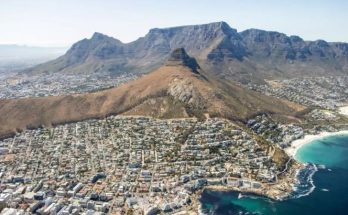 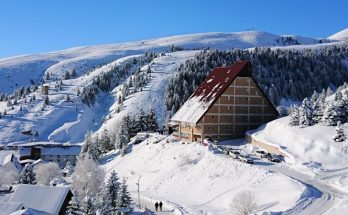